* In case of any delay in receiving the OTP, you may verify it later. Please proceed without verification.

Enter your City name or Pincode

Lohian Khas is a small town in the rich and prosperous district of Jalandhar in the Indian state of Punjab. Located in the south western corners of the Jalandhar district, Lohian Khas is a block and the town is a Nagar Panchayat. 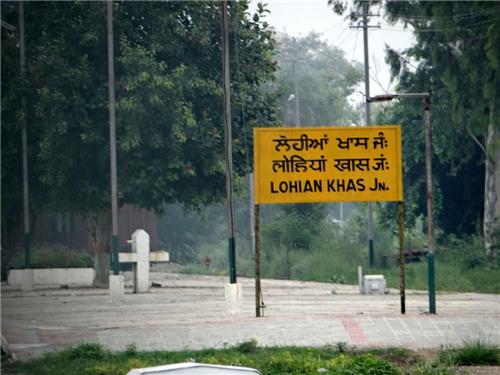 Situated in the south-west corner of the district of Jalandhar, Lohian Khas shares its boundary on the east with Shahkot block. On the east it is accompanied by Kapurtala district and on the south by the Ferozepur district. To the north of Lohian Khas lies Sultanpur Lodhi Tehsil. The total geographical area of Lohian Khas block is 196.51sqkm and the total area of the town (urban) is only 4sqkm. The geographical location of the town of Lohian Khas is 31°09'51.2"N75°12'23.3"E. Lohian Khas, is situated on the plains and is surrounded by farmland. It lies to the south-west of the Jalandhar city at a distance of 43km, west of Ludhiana at 78km and north of the national capital of Delhi at a distance of 401km.

Administratively, Lohian Khas is a nagar panchayat and has been divided into 9 wards. There are a total of 2001 households in Lohian Khas (Urban). The Nagar Panchayat is the authority to impose and collect taxes from its residents. It is also responsible for the supply of water and construction of roads.
The Deputy Commissioner of the Jalandhar district is the executive head of the district administration and is a representative of the government. He also performs the duties as / of District Collector and District Magistrate.

Lohian Khas is situated in the plains and hence, the climate here is similar to that of the most of other places in the Jalandhar district. The climate in Lohian Khas can be described as dry and hot except for the three months of the south-west monsoon. The annual weather can be divided into 4 seasons with summer lasting from March to June, Monsoon from July to September. The period between October and November is considered as a period of transition, followed by winter, which sets in in later half of November and lasts until early March.

Lohian Khas is a very small town and has no places of tourist interest up its sleeve. However some of the places frequented by the locals are religious sites such as Salaani Mata Mandir, Gurudwara Singh Sabha, Peer Baba Ji Bohran Wale, Gurudwara Sahib, Josan Jathere. However if you are interested in doing a nature hike or want to experience the tranquility of nature, you can head to the Harike Bird Sanctuary, to the west of the town of Lohian Khas at a relatively short distance of 38km at the confluence of the rivers Beas and Sutlej. Harike wetland is the biggest of its type in the North India and houses a number of migratory birds of northern Asia, Pakistan, India and China and is a home to some of rare and beautiful bids of Asia.

Lohian Khas is a very small town and does not hotels of repute to stay. If you are planning to visit the town of Lohian Khas, you could stay in the city of Jalandhar which has a number of hotels in every category. However, if you must stay near Lohian Khas, there are a couple of hotels in the neighbouring town of Nakodar. Yet, it is best to stay in Jalandhar and travel to Lohian Khas for a day trip.

As Lohian Khas is not a very developed town; in fact it is a very small town, as big as some of the villages in the region. Hence, it does not offer a variety of utility services. However, the visitors to the town can avail the following facilities in Lohian Khas.

In the development of the rural India, banks have played a major role, providing financial infrastructure for the micro economies. Although Lohian Khas does not have a great number of banks, some important banks have opened their branches in the town.

For long, the rural India has been plagued with quality healthcare services but that scenario has been changing of late. Although there is no extensive healthcare infrastructure in Lohian Khas, there are two clinics where patients can avail primary health care. In case you need to visit the doctor, you could visit Parmod Nursing Home or the Government Public Hospital in Lohian Khas.

Lohian Khas remains on the periphery of modern utility services. The basic utility services are fairly sparse in the town. However, Indian Post has been here for a long time and caters to the needs of the people of this small town. There is also a transport and parcel booking service in Lohian Khas. Following are the details.

The Nagar Panchayat of Lohian Khas is 43km south-west from the Jalandhar city. It can also be reached via Ludhiana, which is at a distance of 78km from Lohian Khas. Daily bus services ply between the nearby towns and Lohian Khas.

By Train : Lohian Khas Railway Station (LNK) is a junction and hence benefits from a good number of trains passing through. The railway station is in the town and is at a very short distance from the marketplace. Many passenger and long distance trains go via Lohian Khas Junction. The express trains include Jammu Tawi Bhatinda Express, Dhanbad Gangasutlej Express, Ahmedabad Jammu Tawi Express, Firrozpur Gangasutlej Express. It is connected by rail to the cities of Jalandhar and Ludhiana. The trains stop here for not more than 2 minutes.


Lohian Khas at a glance

Comments / Discussion Board - About Lohian Khas